Zanzibar originated as early as the 8th century.The commercial importance of the city grew particulary after it become the primary residence of Omani Sultan Said ibn Sultan in 1840.The town is a slumbering paradise where green cloves, bread leaf, rice, cinnamon and coconuts still grow wild.Also Zanzibar includes the main Island “Unguja” and her sister island Pemba. There is a huge aroma of the cloves, vanilla, cardamom and nutmeg.

The town is a fascination place of narrow streets, overhanging balconies and huge, intricately carved wooden doors.Its a place where the famous 19th century explorers such as Livingstone,Stanley, Burton , Speke and Grant began their fateful journeys into the “dark” interior.

When you visit Zanzibar you will feel as if you have been taken back in the days of the sailors, pirates and the sultans. Dressed in colorful veils and long white dresses, women and men walk slowly up the beach where a lonely dhow sails towards the golden sunset. Cheers, trumpets, mystery and the smell of the spices rules the narrow streets of Zanzibar 20 miles from the mainland, Zanzibar Island golden beaches stretches for kilometers.

It was the ancient trading port of the sultans of Oman in the 19th century. Zanzibar town is one of its kind in the world, the architecture of Zanzibar resonates the exotic Arabic, Persian and Indian cultures that had many impact in Zanzibar history, Carved doors and balconies decorate the houses which are made of coral stone. Inland, the island is Garden of Eden offering the most exquisite tropical specie 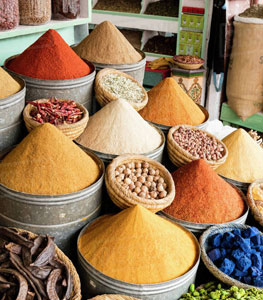 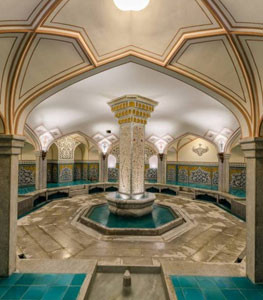 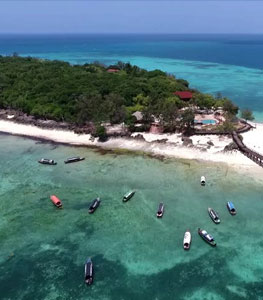 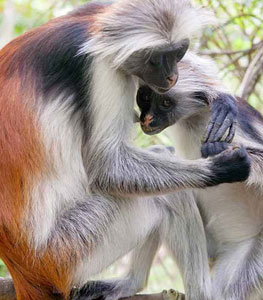 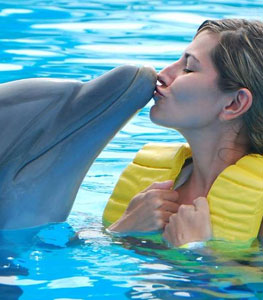 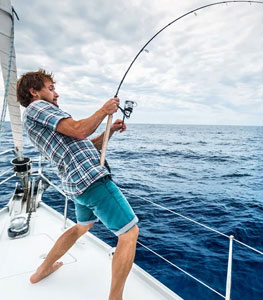 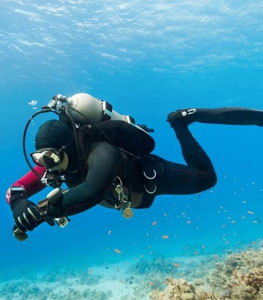 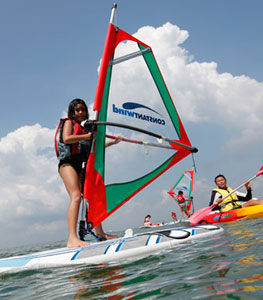 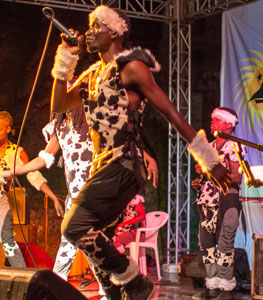 Muscat, vanilla, cinnamon, pepper, ginger and other spices and fruits so exotic that they don't have an English name, can be explored in the many plantations. The slave chambers - The underground slave chambers in Mangapwani was the center of the illegal slave trade up until 1909.

On the highest point of the island, Kidichi, the sultan Sayyind Said built Persian baths in 1850, one for him and one for his wife. They are still in a good condition with splendid Persian architecture, so a visit here will be more than worth your time.

In the middle of this island, you will find the remains of an old prison built in 1893. Half an hour by boat, you pay a modest fee to enter the island, which is ideal for snorkeling and watching giant turtles, imported from the Seychelles at the end of the century.

The only remaining natural forest on Zanzibar, where the rare red guerexa monkeys habituate. The best time to go to Jozani is in the early morning hours, when the monkeys are active.

Taking place in the southern part of the island, the boat ride is long, and you are not guaranteed to find dolphins, but when you finally do, and if you get the chance to join them in the water, it will be an extraordinary experience..

Zanzibar, Pemba and Mafia are excellent islands for sports fishing. Do as Ernest Hemingway and catch sailfish, mackerel, kingfish and marlin among others.

Coral reefs, tropical fish and clear water make this area ideal for scuba diving. Take a diving course, get your certificate and jump in the Indian Ocean.

Windsurfing and sailing are popular activities, and can be organized many places.

The Zanzibar International Film Festival was established in 1997 to promote the art and culture of the Dhow region. The Dhow region consists of the Arabian Peninsula, the Indian sub-continent, Asia, Africa and the Indian Ocean Islands

some of our traveller testimonials