To the south of the large open grass plains of southern Maasailand, Tarangire National Park covers 2600 sq km of grassland and floodplains, and a large proportion of tall acacia woodland. It is beautifully unspoilt, and wide views to distant variously purpled formations of volcanic mountain ranges along the drive are superb. Tarangire also has regions of quite dense bush, but with high grasses and huge old baobab trees instead of the green forests of Manyara. The land is hilly and dominated by the impressive valley of the Tarangire River, which attracts good numbers of migrant animals during the dry months, especially between July and September.

During these months the concentration of animals around the Tarangire river is almost as diverse and reliable as in the Ngorongoro crater, but again ecosystem here is balanced by a localised migration pattern that is followed by most the animals other than lion, who don’t tend to abandon their territory. The animals mostly disperse during April and May, when there is widespread greenery, vegetation and standing water to encourage all the grazers further afield. In June the eland and oryxes begin to return, followed by elephant towards the end of the month.

Tarangire has quite a reputation for elephant ‘pow-wows’, when different herds somehow agree to congregate in one area around the end of the rainy season, and the dominant males take advantage of the situation to sow seeds for future generations. The following 22 month gestation period should then be well timed to coincide with the rainy season two years later. Zebra and wildebeest return together through July, and by mid-August all animals are congregating around their last reliable water source, the Tarangire River. The calving season falls in the early months of the year, through January, February and March, and so makes the most of the fresh grass during the rainy season.

But there are always a fantastic number of colourful birds swooping and strutting along the rough paths in front of your vehicle in Tarangire, with likely spots including the Paradise Whyder and endearing Yellow-collared lovebirds. There are a few resident lion, which are easier to find when the migration arrives to excite their taste buds. In other months they look quite mean and lean and slip easily between the grasses.

It is worth remembering that the park has become a wildlife concern because of its resident tsetse fly population – domestic animals do not build the same resistance to typanosoiasis – sleeping sickness – as wild animals, who have become immune. They are a pest, with an irritating stinging bite, but tend to hang out in swarms and a well-planned ‘windows up’ approach seems to be the way to survive. They do not seem prevalent around any of the lodges…Recently the woodland habitat of fever trees, umbrella acacias along the Tarangire river has been made more open, primarily a result of fire and heavy utilisation by elephant.

Guided walking safaris.
Day trips to Maasai and Barabaig villages, as well as to the hundreds of ancient rock paintings in the vicinity of Kolo on the Dodoma Road. 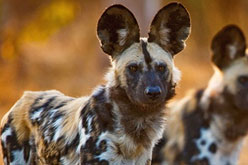 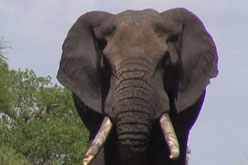 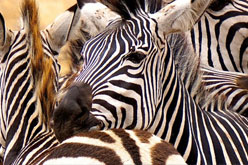 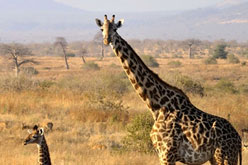