Southern Tanzania contains the most pristine and untouched wildlife areas. Vast tracts of land remain unexplored and unexploited – part of the Africa of long ago. The southern parks’ unspoiled loveliness is due in part to their relative inaccessibility. A four-wheel drive vehicle is always the best way to get around the region. Ruaha is Tanzania’s second largest national park and one of its wildest. Crocodiles, hippos and clawless otters soak and play in the water and on the banks of the great Ruaha River. Reedbuck, waterbuck and buffalo drink, ever watchful for lion, leopard, jackal, spotted hyena and the hunting dog.

The grassland borders of the river are home to the greater and lesser kudu, a large elephant population, eland, impala, Grant’s gazelle, dik dik, zebra, warthog, mongoose, wildcat, porcupine and the shy civet. There are plenty of Eurasian migrant birds on their outward and return journeys as well as resident kingfishers, plovers, hornbills, green wood hoopoes, bee-eaters, sunbirds, and egrets

The best game viewing is generally from May to November, but the bush is greener and prettier from J 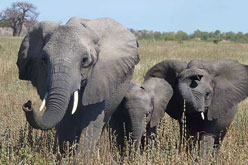 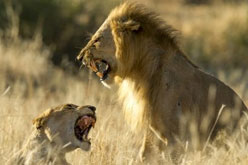 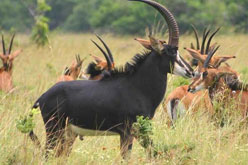 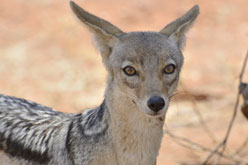