The famous Ngorongoro Crater is the world’s largest intact caldera in an exceptional geographical position, forming a spectacular bowl of about 265 square kilometres with sides up to 600m deep, the stalking ground of around 20,000 to 30,000 wild animals at any one time. The crater floor consists of a number of ecological environments that include grassland, swamps, lerai forest (small patches of forest made up of yellow barked acacia or ‘yellow fever tree’), and Lake Makat, a central soda lake filled by the Munge river.

ll these various habitats attract various wildlife to drink, wallow, graze, hide or climb, and although animals are free to move in and out of this contained environment, the rich volcanic soil, lush forests and spring source lakes on the crater floor tend to incline both grazers and predators to remain. Ngorongoro Crater is also presently one of the most likely areas in Tanzania to see the endangered Black Rhino, and a small population are thriving in this idyllic and protected environment – which is one of the only areas where they continue to breed in the wild. And so the crater forms an astonishing microcosm of East African wildlife within its boundaries, and is said to be the most densely packed wildlife concentration in Africa.

As such, it has achieved world renown, and attracts a growing number of visitors each year, who come to experience this ‘eighth wonder of the world’. even if time is limited this natural but accessibly small caldera ensures a rewarding safari.

Unique and diverse, inside the famous Ngorongoro Crater a tardis like effect takes place as it is surprisingly small once inside and most people find that one day is quite sufficient to drive around. It’s size compared to the vast expanse of the Serengeti means that you may see many other vehicles. The descent road into the crater is closed from Its rim, over 2,200 metres high, touches swathes of clouds for most days of the year, with cool high altitude vapours that seem to bring a clean lightness to the air, and also a chill. These highlands wake up to a misty fog in most months, other than the high dry season during December and January. 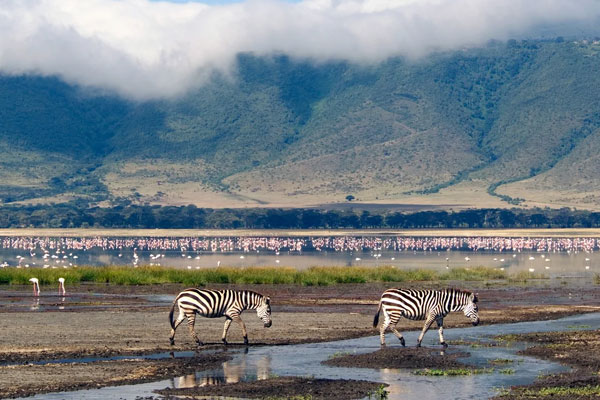 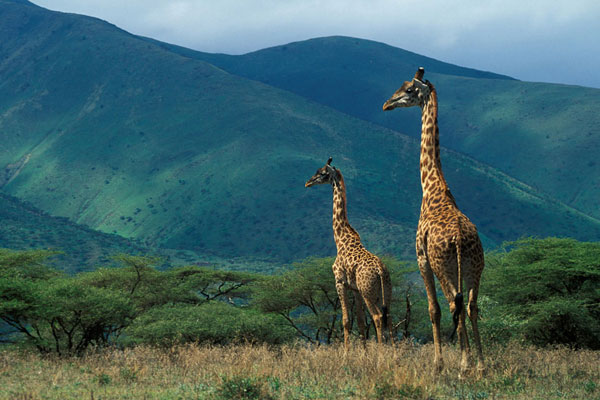 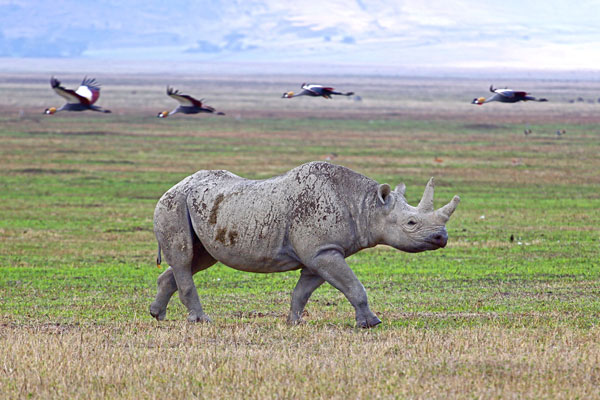 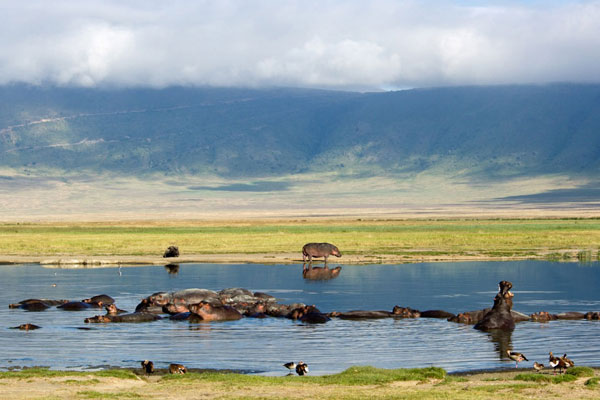