Mahale Mountains National Park is set deep in the heart of the African interior, inaccessible by road and only 100km (60 miles) south of where Stanley uttered that immortal greeting “Doctor Livingstone, I presume”, is a scene reminiscent of an Indian Ocean island beach idyll. Silky white coves hem in the azure waters of Lake Tanganyika, the world’s longest, second-deepest and least-polluted freshwater lake.

Overshadowed by a chain of wild, jungle-draped peaks towering almost 2km above the shore is the remote and mysterious Mahale Mountains. The area is also known as Nkungwe, after the park’s largest mountain, held sacred by the local Tongwe people, and at 2,460 metres (8,069 ft) the highest of the six prominent points that make up the Mahale Range.

Safaris in Mahale, like its northerly neighbour Gombe Stream, are dominated by some of Africa’s last remaining wild chimpanzees: a population of roughly 800, habituated to human visitors by a Japanese research project founded in the 1960s. TheChimpanzee Tracking of Mahale is a magical experience. Mahale Mountains is an isolated destination on the western boundaries that provides unparalleled opportunities to witness wild groups of habituated and unhabituated chimpanzees in an exceptional natural environment.

While chimpanzees are the star attraction, a Mahale safari includes seeing a diverse forest fauna, including readily observed troops of red colobus, red-tailed and blue monkeys, and a kaleidoscopic array of colourful forest birds and butterflies. The montane rainforest belt is foraged by warthog and bushpig, while elephant, buffalo, yellow baboons and monkeys favour the cover of the northern regions. The lower, southern reaches are the terrain of rare roan and sable antelope, kudu and eland in the shadow of leopards and lions. 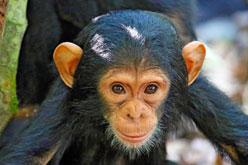 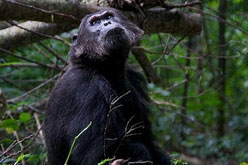 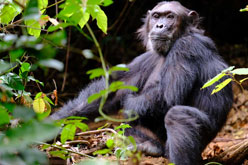