Mount Kilimanjaro is majestic and one of the world’s most iconic peaks the most preferred attraction of trekkers. Though it is dormant now, it is one of the highest volcanic peak in the world.

Tanzania holds one of the gems –Kilimanjaro, flawlessly. Not only for its astonishing height but its staggering beauty can hold your eyes, effortlessly. From the rich biodiversity to the teeming with the stunning mountain Kilimanjaro make it deserving for the designation as one of the World Heritage Sites.

There is a lot to know about the spectacular Climbing Kilimanjaro Facts. The world’s free standing mountain clasps some unrivaled secrets that you may discover. Here we discuss the amazing facts about Kilimanjaro which will inspire you to climb Kili!

Where Is Mount Kilimanjaro?

Mount Kilimanjaro is situated in Tanzania, a rustic Eastern African attraction. This winsome mountain can be considered as one of the captivated location for trekker or climbers, and flourished its name in the book of one of the ‘Seven Summits’. Climbing Kilimanjaro isn’t a daunting job, for those who are familiar with- it’s routes. For the most fascinating view of this Kili, can be seen from the Kenya’s Amboseli Park. But also this region immerses enough magnificence to offer its climbers. If you’re lucky, you’ll spot it on a plane from Nairobi, because it is situated on the Tanzania/Kenya border to the East of Arusha. It’s easily accessible once in Tanzania to start your climb.

How Tall Is Mount Kilimanjaro? 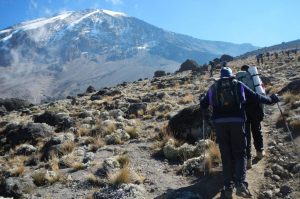 Enchanted Kilimanjaro is the highest peak of Africa or you can considered this charming mountain as the ‘Roof of Africa’. The higher elevation offer the thrill to trekkers, who committed to the summit of 5895 meters or 19,341 ft. of mountain. Above the sea level of 4,000 meters from the plateau base. And can be considered as the fourth most topographically prominent peak on earth. This is just not about the height but most of the trekkers desired to get the victory over the Kilimanjaro and cherished their life with some unforgettable moments.

What Are the Origins of Kilimanjaro’s Name? 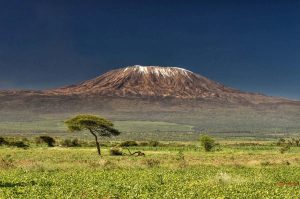 Ever wonder how Kilimanjaro got its name?  As you know that the origin of the incredible Kilimanjaro name may be a matter of some debates. Tanzania famous for its travel enticements, Kilimanjaro isn’t only a mountain of ancient culture but a symbol of dignity. Basically, it’s a dormant volcano of Africa. Kilimanjaro is really a massive stratovolcano made from three distinct volcanic cones like Kibo, Mawenzi, and Shira. Of the three cones only Kibo is dormant and potentially could erupt again.  There are number of theories about the origin of the mountain’s name.

With peoples, their opinions will varies. One theory is that the name may be a mixture of the Swahili word Kilima, meaning “mountain,” and therefore the KiChagga word Njaro, decoded as “whiteness.” Another is that Kilimanjaro is that the European pronunciation of a KiChagga phrase meaning “we did not climb it.”  You can explore the truth during your Kilimanjaro Hiking Tours. 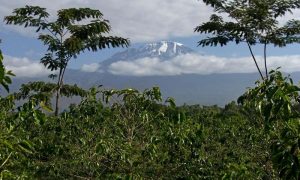 Kilimanjaro is simply awe-inspiring. This has been formed by volcanic eruptions through the past three million years which gave rise to the Shira, Mawenzi and therefore the highest peak, Kibo.Beside this, you have to know about its atmospheric changes and wildlife, in a better way. That nowhere in the world you can get the perfect balanced beauty of its wilderness and ecology.

Similar to other tropical mountains, Kilimanjaro hosts a spectacular sequence of natural ecosystems – from the recent savannah within the lowlands over a belt of dense sub montane and cloud forests to the afro-alpine shrub vegetation with their fairy-tale-looking plants. And to the strong climate gradient found on tropical mountains. Its abundant species making them to the centres of biodiversity on the earth. There is no perfect Kilimanjaro Climbing Season to trek this wonderful and magical mountain.

How Many People Climb Mount Kilimanjaro Every Year? 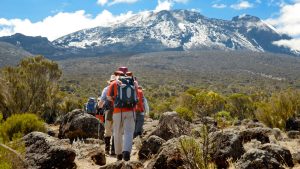 For many people, climbing Kilimanjaro is the experience of a lifetime.  And its eternal beauty enhance the chance of summit. Mount Kilimanjaro is considered as the ‘Everyman’s Everest’. That means trek on the highest peak, isn’t a difficult job. Therefore, you got to understand your chances of truly reaching the summit having the highest possibility.  And which routes offer you the direct or easiest paved path, that’ll depends upon your decision of choosing your Kilimanjaro Route.  But, with the best guide and compatible equipment, gears, and essentials, you can get the success, earlier.

The unfortunate fact is that Kilimanjaro Tour Operators face an ethical dilemma. Do they push their guides to require unnecessary risks to urge clients to the top? Or do they keep their high safety standards and suffer a lower summit success rate figure? For any good operator, the solution is, in fact, the latter. Therefore the best thing is to make your trek slower to prevent acclimatization and AMS (acute mountain sickness).

How Many Routes Does Kilimanjaro Have? 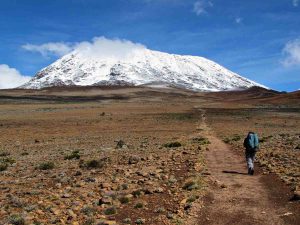 Mount Kilimanjaro is a perfect Eastern Tanzanian trekking destination. Are you trying to find which Kilimanjaro Climbing Route to choose for your next trek?  Where you can find eight thrill-seeking Kilimanjaro routes-Machame, Marangu, Lemosho, Umbwe, Northern-circuit, Rongai, Mweka, & Shira. And this incredible route will direct you the path towards the summit. All the routes vary according to the difficulty levels, success rates, length, cost, trekking duration and accommodation facilities. So, you can choose your path as per the requirement. Let’s know some brief about Kilimanjaro routes.

The Youngest and Oldest Person to Summit Kilimanjaro 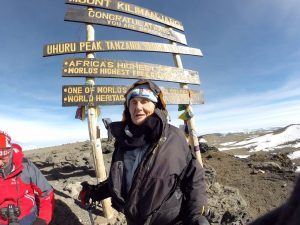 8-year-old ‘Roxy Getter ‘now the youngest female to summit Kilimanjaro. You may sudden changed your expression. But success doesn’t depends on the age factor. And these people set some of the perfect example of victory. Roxy climbed the mountain alongside her 10-year-old brother and her parents. The family prepared by climbing up and down stairs at local parking garages, stadiums and bridges. Keats Boyd previously became the youngest person to ever summit Kilimanjaro when he was 7 years old. And in the other hand while most of the old persons prefer to live in a comfort, 85 years old ‘Dr Robert J Wheeler’, move them with her summit at Kilimanjaro. And the amazing fact is, both the person’s mention Kilimanjaro Climbing Guide as their prime factor of success. 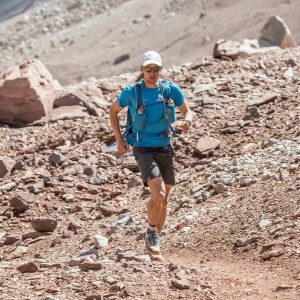 The fastest ascent and descent of Kilimanjaro is held by Swiss mountain runner, Karl Egloff, who ran to the highest the summit and back in 6 hours and 42 minutes in August 2014.  He proved that time can’t hold your potentiality. Kilimanjaro is not only brimming with the rich wilderness but also with various success stories of its trekkers.

So if you are someone getting prepared for Climbing over it, the above Facts about Kilimanjaro will add more enthusiasm while helping you preparing well for your Kilimanjaro Trekking Adventure.

As Tanzania’s reputed travel operator, African Spoonbills Tours offer you the best travel experience in Kilimanjaro Trekking Tours and assure you for best quality service for a successful trek. Visit us at africanspoonbilltours.com to know why we claim ourselves one of the best Kilimanjaro trek operators.

African spoonbill tours and safaris ltd, as one of Tour Operator based in Tanzania under the foothill... 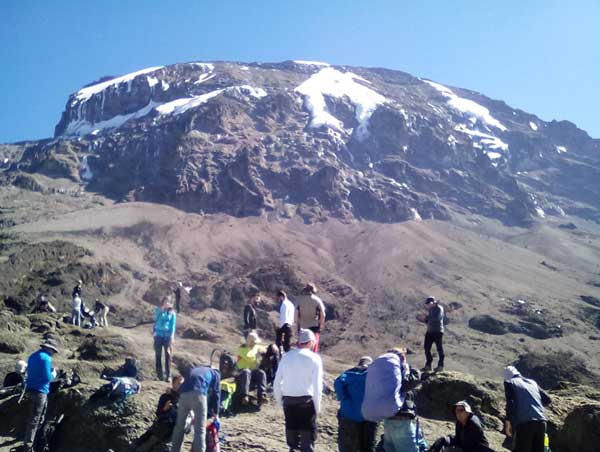 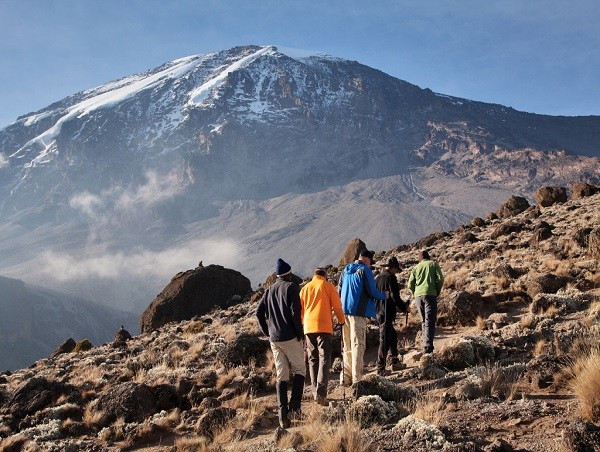 Things to Know Before You Choose Luxury Kilimanjaro Trekking 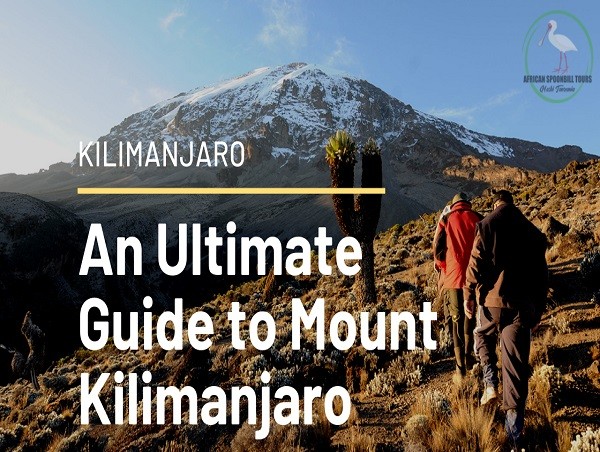 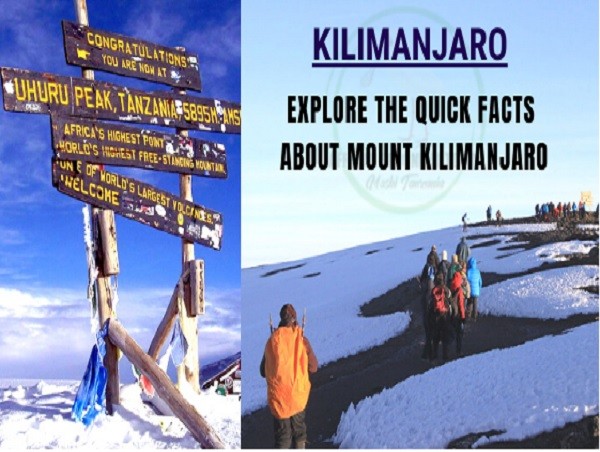 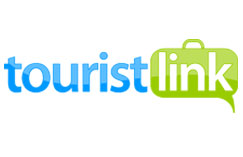